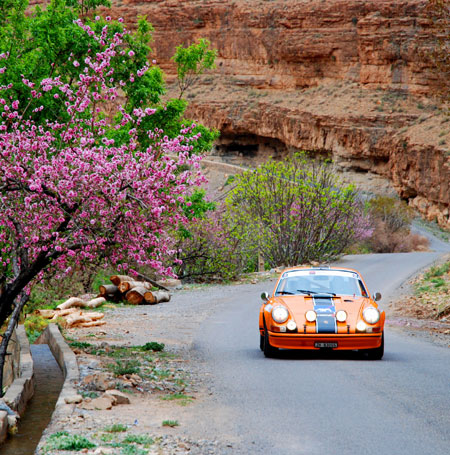 From March 16 to 22, 2019, the 26th edition of the Rally Morocco Classic – La Route du Coeur will propose a new route with 6 days of travel, and competition, between Marrakech and Marrakech ; the first time since its creation in 1993.

A LARGE LOOP AROUND MARRAKECH IN SIX STAGES, RESERVED FOR 30 CREWS

The Rally Morocco Classic will remain the only regularity rally taking place in cherifian kingdom and registered in the 2019 calendar of famous historical events, with a new route putting both the Atlantic coast and the great south of Morocco in the spotlight.

In the right line of the 2018 edition, only 30 teams will be invited to participate in this 26th edition which promises to be exceptional and which will still mark changes desired by Cyril Neveu to enhance the many wishes of his faithful participants. 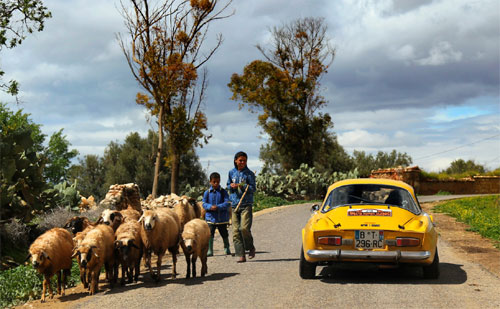 AN ELABORATED ROUTE WITH A STRONG ACCENT OF DISCOVERY AND LEISURE!

2019 will be the scene of a completely redesigned edition of the Morocco Classic.
We will stay at La Mamounia in Marrakech twice, at the beginning and at the end of the rally and a loop stage around Agadir will be organized before joining a luxury bivouac installed in the heart of the Moroccan desert in Foum Zguid, to relive the great epics of Cyril Neveu when he was a professional motorcycle racer winning victories over the Paris-Dakar.

The promise is to combine rally and travel by giving more time to the epicureans and thus to take even more advantage of the selected hotels and being able to discover the cities stages thank to reduced stage times and an optimized division. 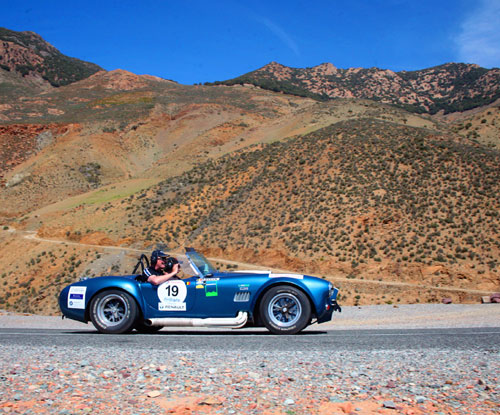 From La Mamounia in Marrakech, we will take the road to the Agafay Desert and reach Agadir for a new hotel, the Villa Blanche.
The second stage, in a loop, will explore the Paradise Valley interspersed with a lunch on the beaches of Taghazout, before reaching Tafraoute and its amazing painted rocks, the next day, and finally arrive in Foum Zguid where we will stay in a luxury bivouac in the sand dunes.
At half-way, the third stage will join Ouarzazate where you will be able to enjoy a rest afternoon before heading west to Taliouine and the Safran Valley, then Taroudant, the miniaturized Marrakech as the Moroccans like to call it, the end of the fifth stage.

The final leg will propose the passage to the summit of the impressive pass of Tizi N ‘Test before going again to La Mamounia in Marrakech and taking full advantage of the Red City attractions.

In the meantime, we wish you a pleasant end of summer and the entire Cyril Neveu Promotion team remains at your disposal for more information about this 26th edition of the Rally Morocco Classic – La Route du Coeur.
See you soon on the Moroccan roads!
Posted in Actualités.