It was on March 11th that the Rally Morocco Classic, organized by Cyril Neveu, five times winner of the Paris-Dakar on Motorbikes, took off from Casablanca for a new adventure on the roads of Morocco, under the Patronage of His Majesty the King Mohammed VI.
For this 24th edition, about twenty crews have started from Casablanca to go through the 7 stages and 2200 kilometers to discover Morocco and its landscapes full of treasures.

Besides the very friendly atmosphere and the high-end receptive set up to welcome the competitors, the Morocco Classic remains a rally of regularity for experienced amateurs and there was very competitive “crews” that have confronted throughout the 20 stages of Regularity distributed over the course. From the start, the particularly sportive and committed rhythm of the itinerary, which gives the Atlantic coast and the Atlas at its best, has offered regularity tests, short and technical, trying to undermine the qualities of endurance of the crews and their machines, notably on the occasion of the two loop stages which were on the program around Agadir and around Ouarzazate.

The high places of Morocco Classic such as the special stages of Imsouane, Tiskatine, Argana or Ouirgane (just to name a few) have established, from the first laces, a hierarchy among the favorites.

The rally could not finish without the final regularity test on the FIA ​​Moulay El Hassan circuit in Marrakech, usually dedicated to the WTCC and Formula E, where the last Podium spots were still in play! The winners of the 2017 edition of Morocco Classic, the crew of Carlos GHISTELINCK / Lieven DAVID, driving their MERCEDES COUPE 350, did not hide their pleasure at the finish by winning again the rally after their first victory in 2002. Let’s hope they will not wait another 15 years for a third success!

Second, the ARLAUD spouses who brilliantly took their CITROEN DS21 throughout the week are followed closely by Damien and Emilie COURTENS (the winners 2016) on PORSCHE 911, who have given everything to snatch this 3rd place after a timid start of Rally.

In the Prestige category, the Maserati GranCabrio’s unbeatable victory under the colors of TOTAL Morocco is ahead of the Toyota Prius Hybrid, proudly sporting the green prize of AIN IFRANE, official mineral water of the Rally Maroc Maroc, followed by the crew VERZELE – BASIL on their BENTLEY CONTINENTAL GTC.

Rendez-vous is given in 2018 for the 25th anniversary of the Morocco Classic Rally – La Route du Coeur. 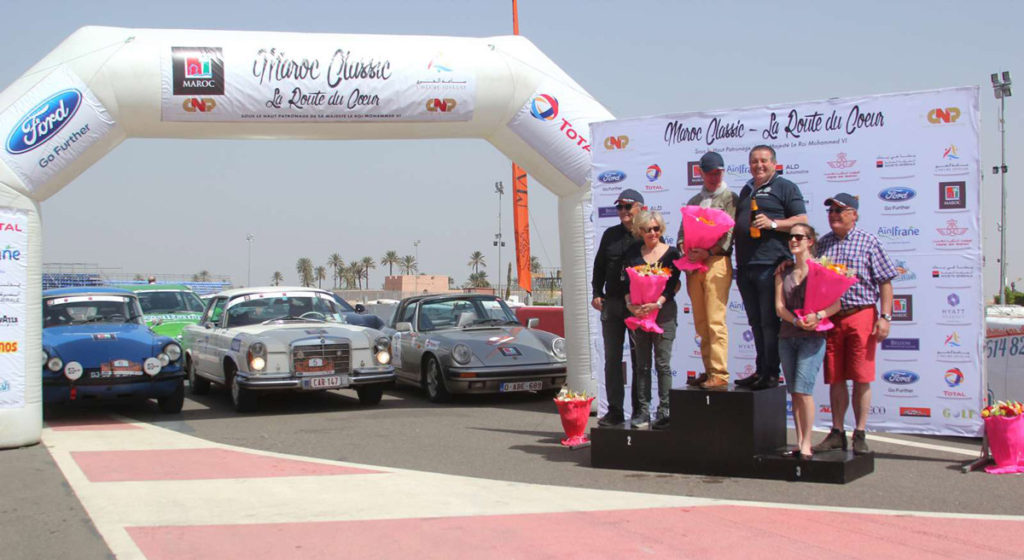 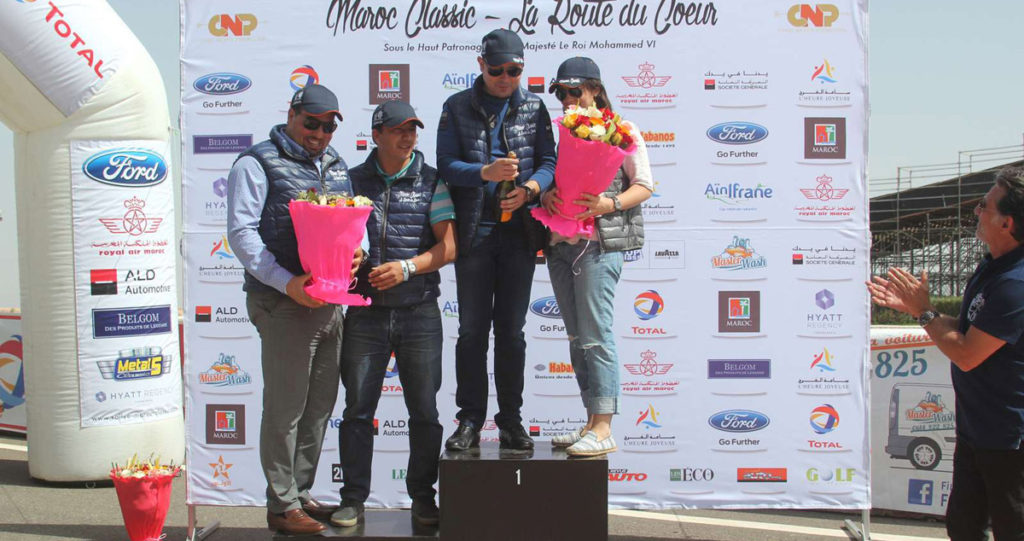 The 24th Morocco Classic in pictures