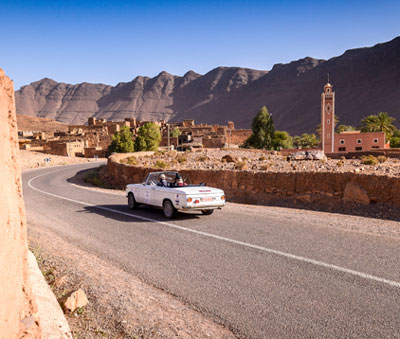 After a night spent in the bivouac, the rally started again early this morning for this particular stage. During the first part, we had to join Ouarzazate through three special stages at Foum el Ouad, the Bouazzer Mine and the ascent of Tizi N Tinifift leading to the city of cinema. The LEVIE & DEWOLF crew finished the morning sitting on a suitcase, the windshield of the BMW 1600 cracked totally obscuring the visibility of road.

Once arrived in Ouarzazate, participants enjoyed a lunch served “edge pool” at the Berber Palace and enjoy a relaxing afternoon. 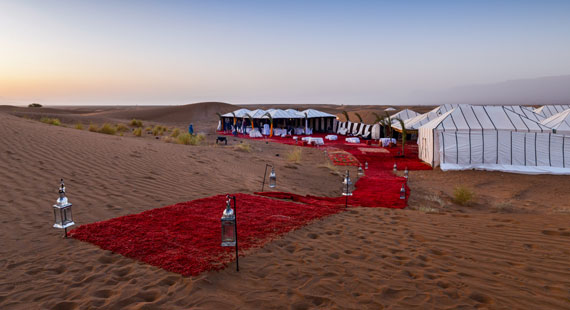 The day is not over yet because we must then resume cars for a short but intense night stage. It has been several years since the Morocco Classic did not offer to do battle with the chronometer during a test in the light of the lighthouses.

Competitors enjoy the sunset to go to the movie studios of the city and make some shots of cars in the heart of the mythical movie sets. Then the competitors took the road to the valley of 1000 kasbahs and the region of Ait Benhaddou. 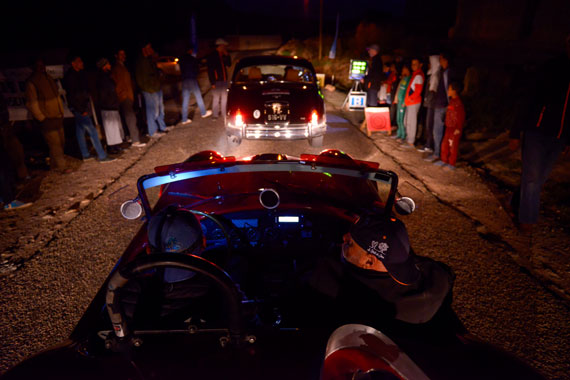 It was necessary to progress on this road a few kilometers before turning around and go in the opposite direction under the regime of the regularity. The road is wide and with large threads, nothing complicated, but at night, the co-drivers are also very busy and had to ensure the proper reading of the instruments. At the end of this 4th stage RAYNAL & FIGARET are still at the top of the classic classification and OUVIER & OUVIER of the prestige ranking.

The evening and the dinner are held in a kasbah located in the valley and competitors then return to Ouarzazate for a well deserved night’s rest. 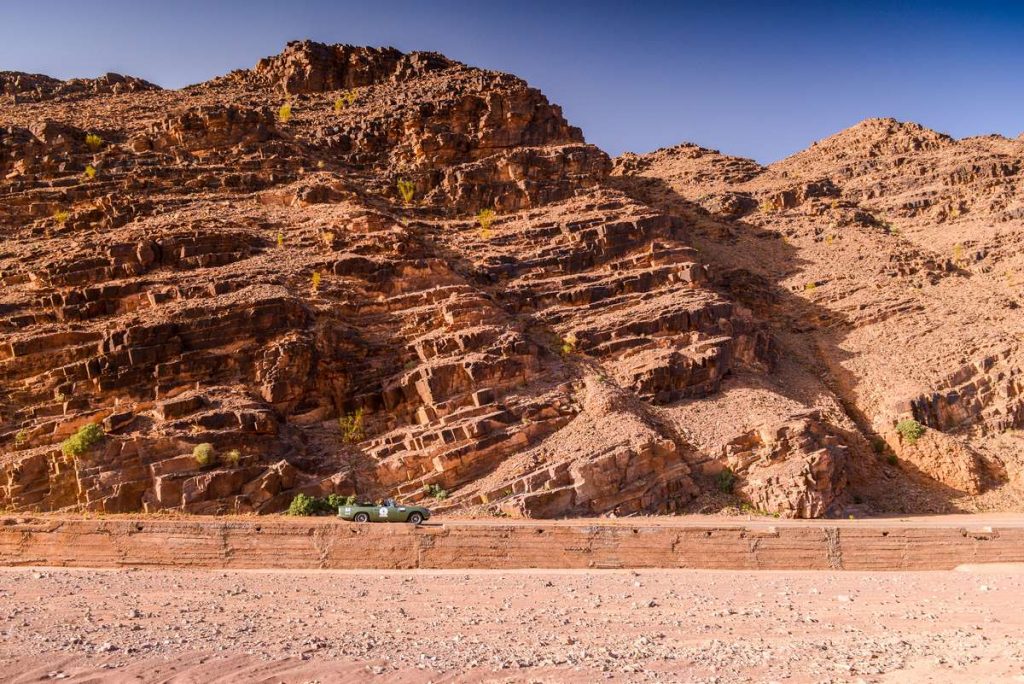 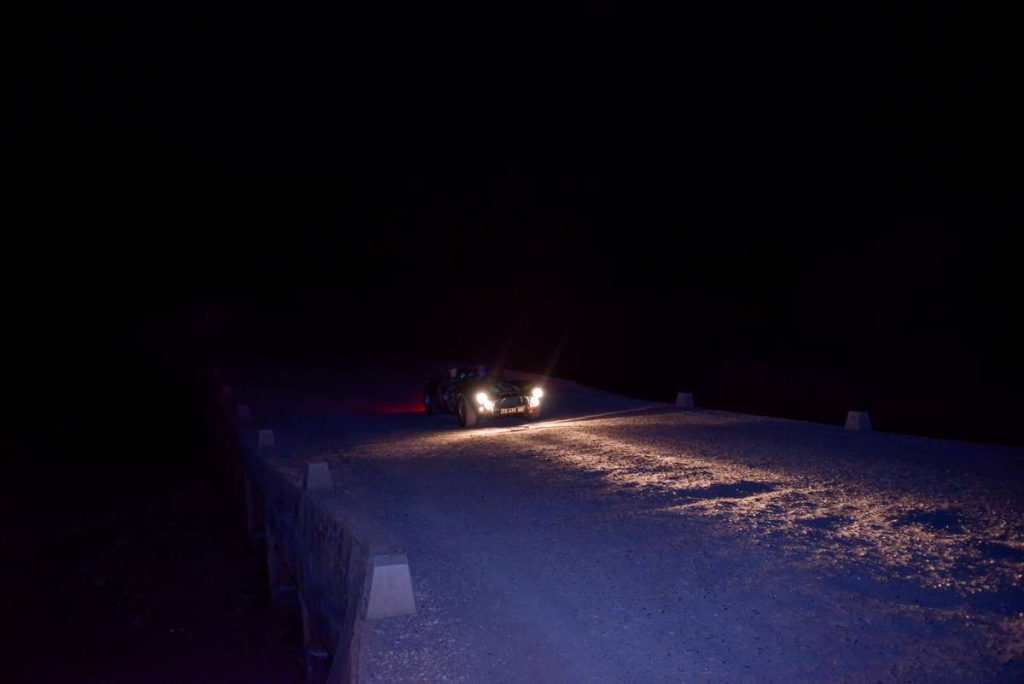 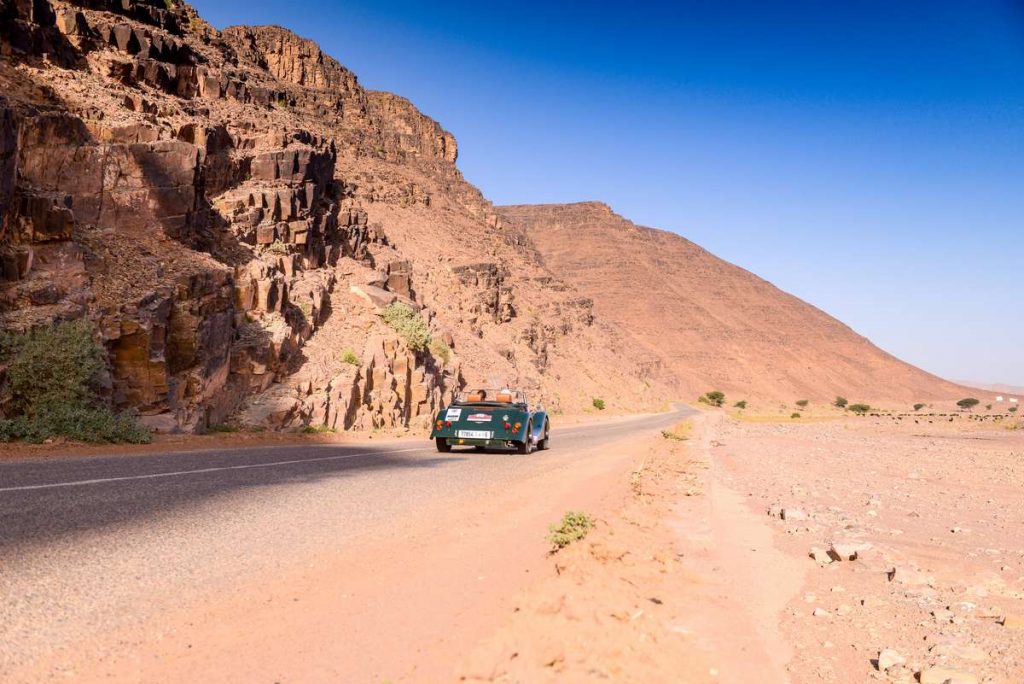 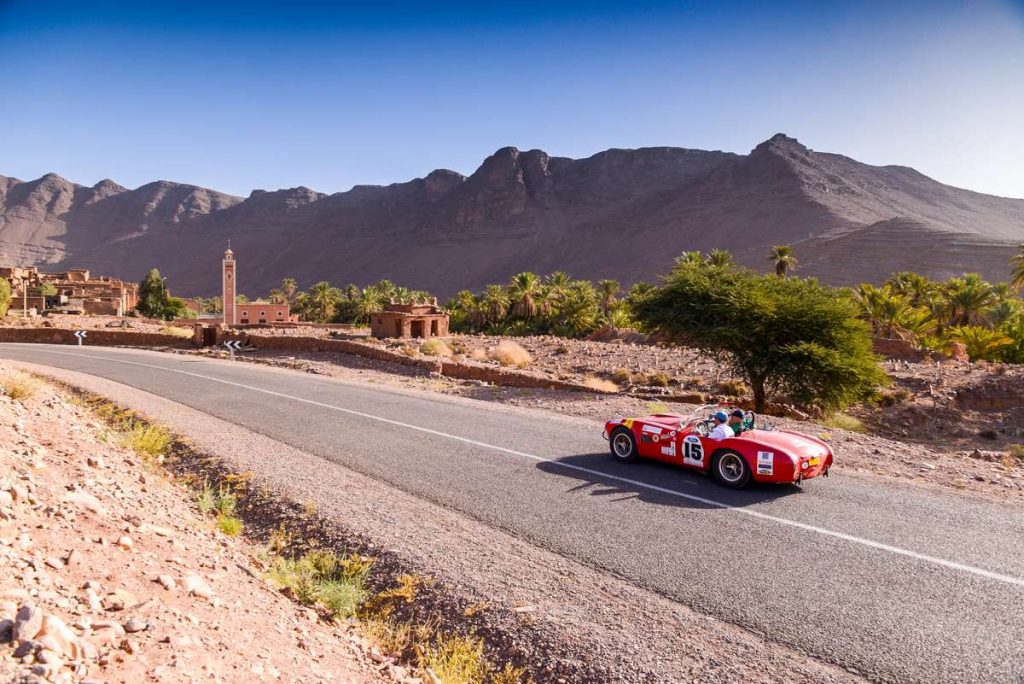 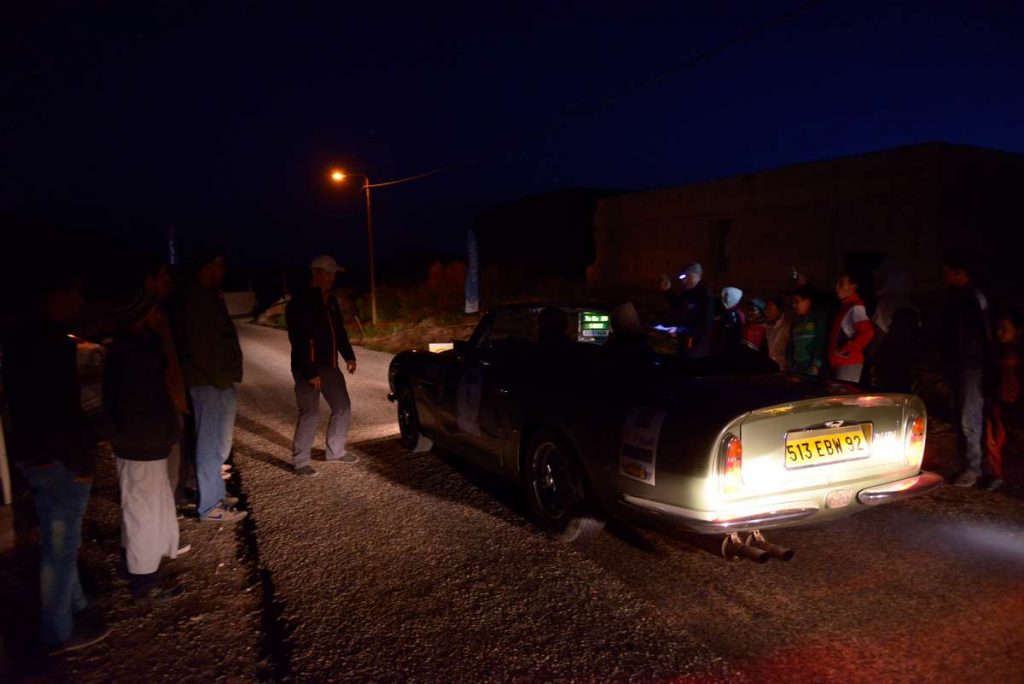 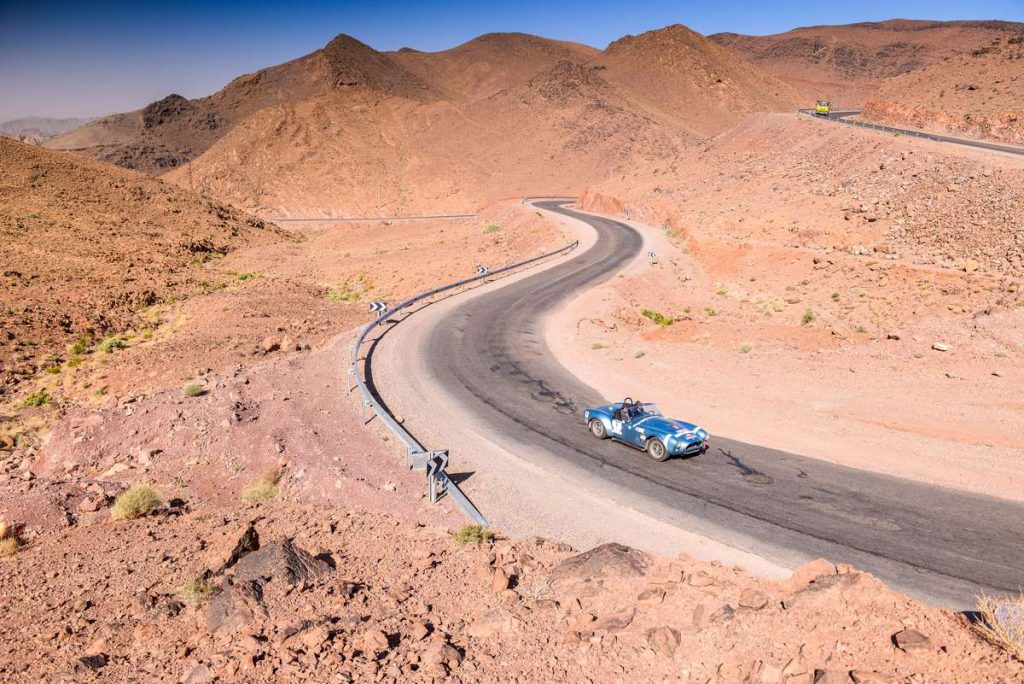 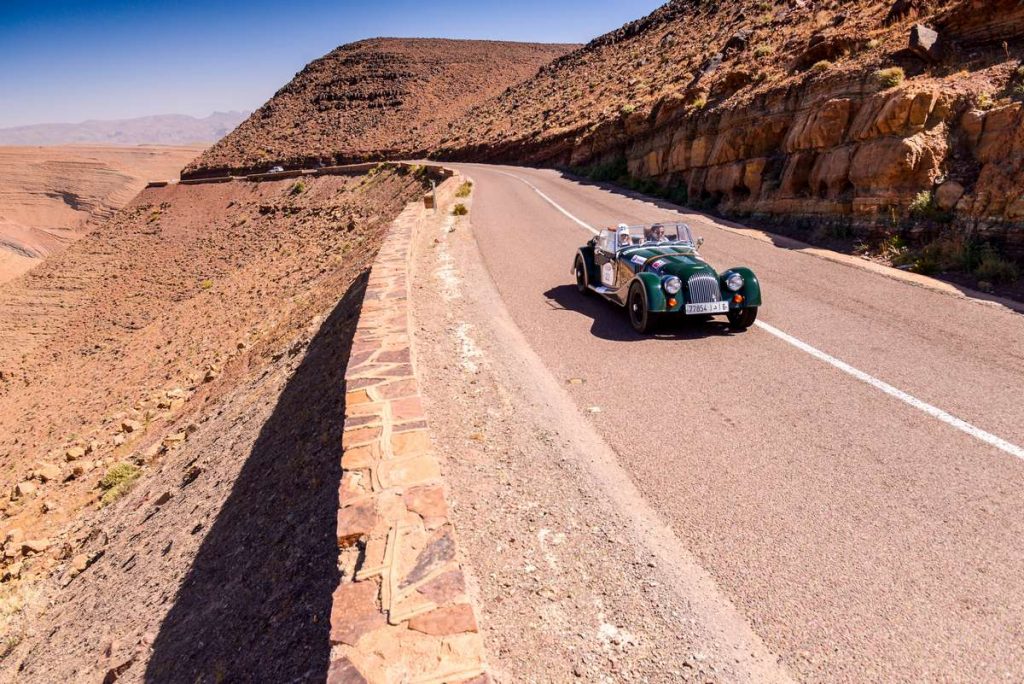 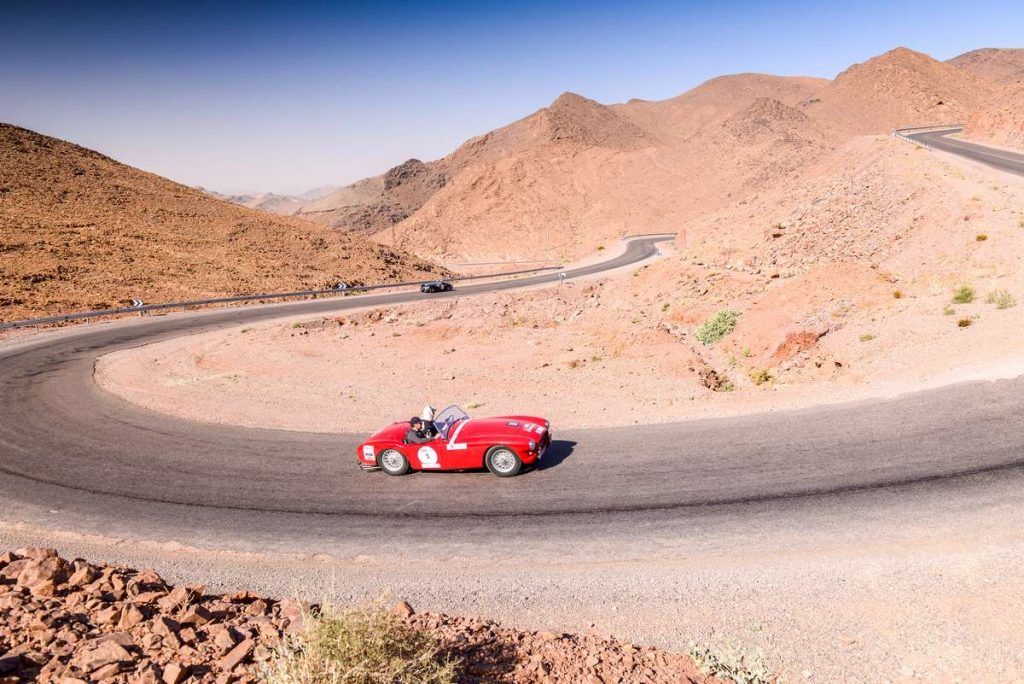 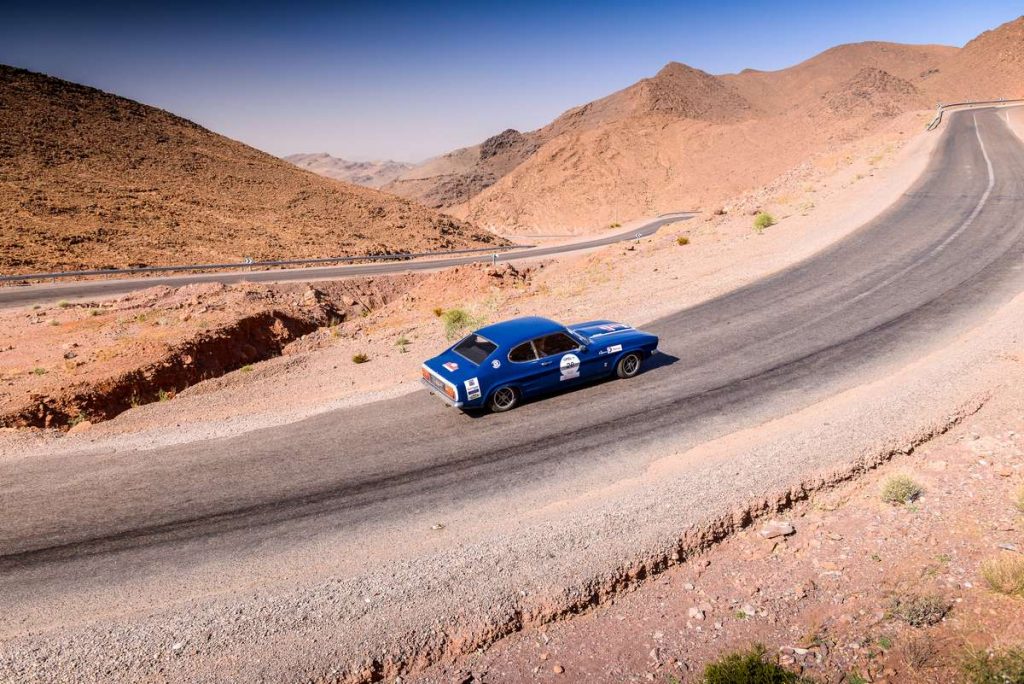 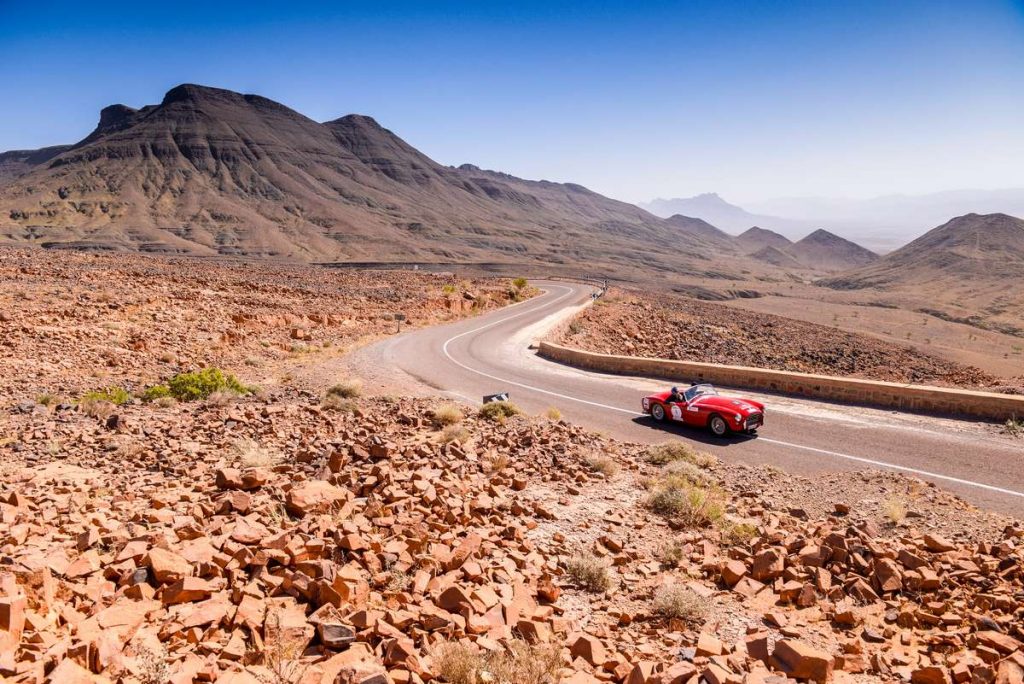