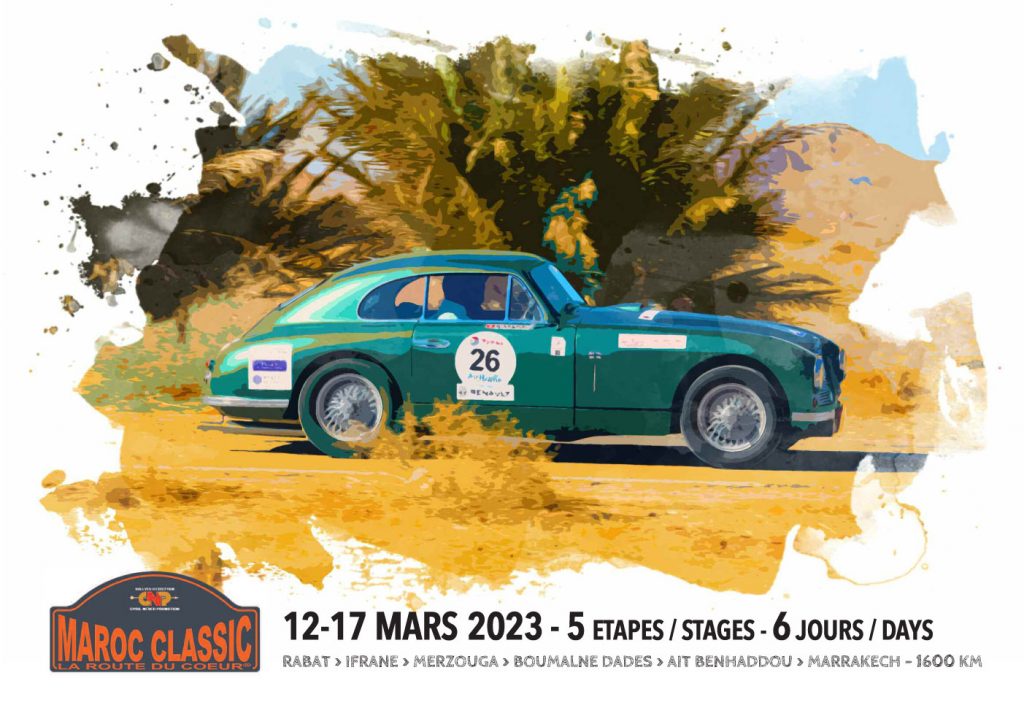 Constantly reinventing itself, this 28th edition offers a route and a selection of establishments among the best in Morocco as well as gastronomic experiences, breathtaking landscapes and thrilling moments, at the wheel and at the stage.

The rally will take you from the Atlantic Ocean to the Sahara desert passing through the high peaks of the Atlas range. Fromthe ramparts of the imperial city to the winter sports resort of Ifrane, then from the dunes of Merzouga to the great desert plateaus of Ouarzazate, before reaching Marrakech via the Moroccan High Atlas.

The Morocco Classic Rally offers a challenge of choice with around twenty special stages to go through. Timing is done to tenths of a second to satisfy enthusiasts of the discipline, while remaining perfectly accessible to novices and beginners who would like to try this challenge. 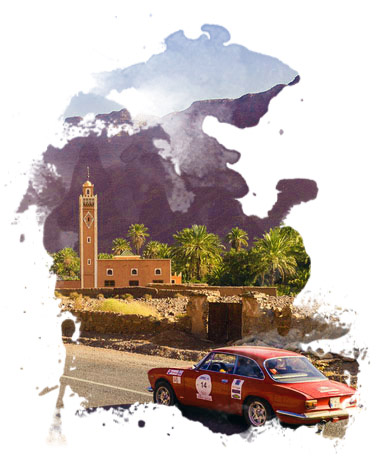 The Rally in pictures