Saturday March 12, 2022, after 2 years of absence due to the international health crisis, the day of verifications of the 27th edition of the Morocco Classic Rally – La Route du Coeur in Agadir took place to carry out the administrative checks, put the cars on the colors of the rally and its partners, and face the 6 stages, 19 regularity tests and some 2000km to cover in the heart of the Kingdom of Morocco.

It was under a big blue sky that the 1st stage, a loop around Agadir with the Valley of Paradise as its high point, led the participants to the heart of gorges lined with palm trees only accessible by winding and narrow roads. The first tests of regularity had to be faced to establish a first order among the forces present before joining the Atlantic Ocean and its impregnable points of view, before starting the great crossing, due “East”, which led to the Moroccan desert the next day!

The great journey really began with the crossing of the Anti-Atlas planned during the 2nd stage. Between palm groves and mountains, the morning with a strong emphasis on time travel took place in Berber land. Fog and snow appeared when reaching a still unexplored place where an atypical lunch was organized in the heart of the palm grove of Aït Mansour. The route was then faster towards Tata where a luxury bivouac was installed recalling the past exploits of Cyril Neveu on the Dakar.

After waking up facing the sunrise, the 3rd stage traversed the gigantic expanses of the Moroccan desert, sometimes sparse with acacias and thousand-yearold kasbahs, to reach Tazenakht, the capital of Berber carpets, then the large plateau leading to the province of Ouarzazate and its sets of major film productions. With a “free” afternoon, which seemed well deserved for each participant, everyone could then enjoy moments of relaxation and sightseeing, halfway through.

The 4th stage was announced as the great novelty of this 2022 edition, with an unprecedented route in the heart of the High Atlas, where the rains had dressed the summits with immaculate fresh snow, for panoramas with exceptional contrasts echoing the gigantism of the culminating summits at more than 3500m of altitude. Lunch, on the heights of Taliouine, famous for its saffron, offered dishes flavored with this red gold before heading back to the Valley of the Thousand Kasbahs, in Ait Benhaddou!

The Tizi N Tichka pass and the Kasbah of Glaoui de Telouet, obligatory crossing points between the South and the North of the kingdom, were on the program for the 5th stage, spiced up by a passage control organized in the middle of the regularity test which did not will not have failed to reshuffle the cards in the fight for the final victory. The course, more rolling in the afternoon, revealed the lake of Bin El Ouidane, and its banks bordered by mountains, which the Rally Morocco Classic had not visited for many years.

The 6th and last stage with its morning rich in highlights, offered a completely new passage to the Ouzoud waterfalls to reach Marrakech, the red city. After skirting the fortifications, the official arrival was scheduled on the greens of the Royal Golf Club before enjoying a relaxing afternoon at La Mamounia, where everyone will have had the opportunity to visit the souks of Jemaa al Fna square before the prize-giving evening which was to celebrate the big winners of this 27th edition.

In the Classic category, the Jadot – Mestdagh crew took victory in their AC Bristol during the last stage, while the BMW 1600 of Levie – Dewolf had led the rally for 5 stages; the Destas spouses complete the podium in a Porsche 911. In the Prestige category, the domination of the Roche – Renaudat crew was total on their Alpine A110, followed by a great fight between the Ferrari Portofino of Bel – Fisshmeister and the BMW i8 of the Ettienne couple, respectively 2nd and 3rd.
We give you of course an appointment in March 2023 for the 28th edition, which will be resolutely innovative! 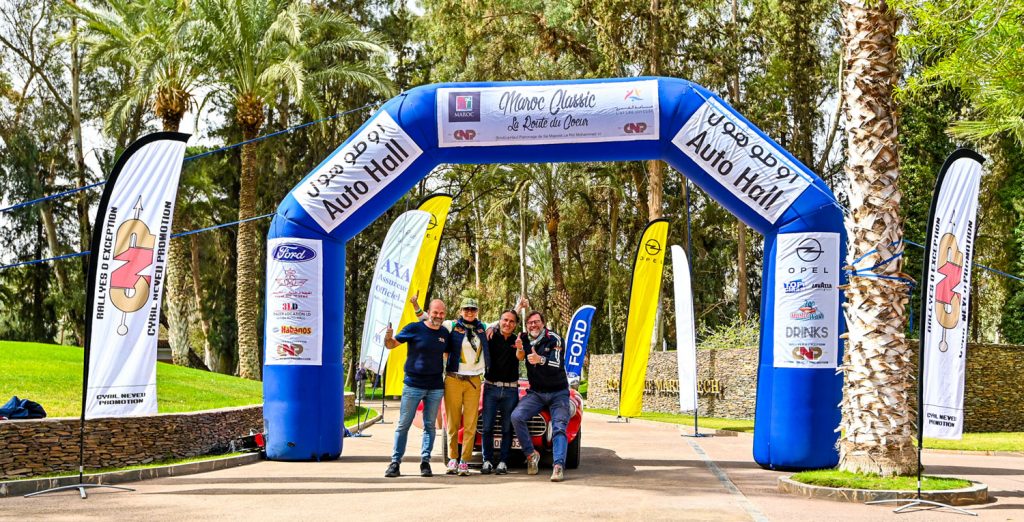 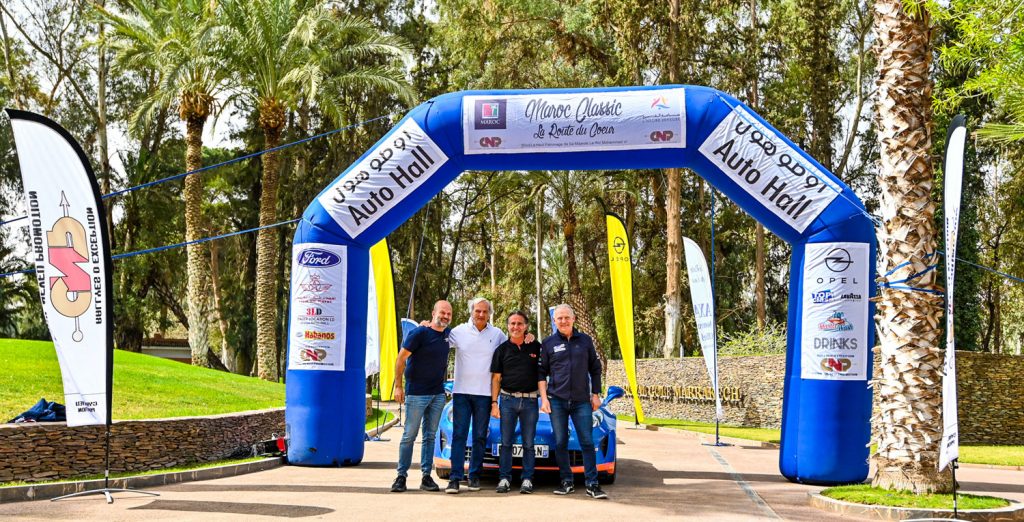